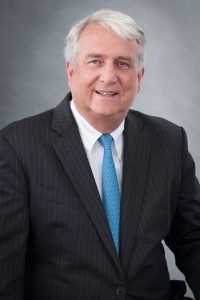 John Conkle’s practice focuses in commercial litigation matters for California-based and national clients. Significant matters have included representations in major patent, insurance and malpractice cases, first amendment and other matters, as well as ongoing representations of one of the world’s largest providers of computer products and services, representation of several of the nation’s largest food processors, and representation of numerous entities in the personal care products market. These matters have arisen in state and federal courts throughout the United States, and in administrative agencies such as the International Trade Commission and the United States and California Departments of Justice, the Federal Trade Commission, the Department of Energy Office of Hearings and Appeals, the Department of the Treasury Bureau of Alcohol, Tobacco and Firearms, and the Wages and Price Council and state regulatory bodies.

John graduated from the Ohio State University in 1971, receiving a Bachelor of Science degree in Business Administration with a major in Accounting. While in college, John worked as a State Examiner for the Auditor of the State of Ohio. Following service as a line officer in the United States Navy, he attended the University of Cincinnati College of Law, graduating in 1977. While at Cincinnati, he earned a number of academic awards in administrative law and other subjects and served as Executive Editor of the University of Cincinnati Law Review.  Prior to his admission to the California State Bar, John practiced with a large Washington D.C. firm.