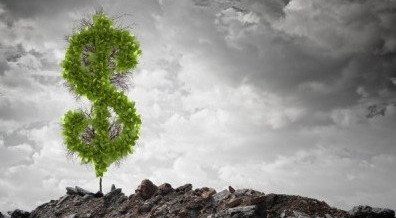 As reported on the Conklelaw blog, the California Attorney General’s Office recently released its long-awaited 2013 report of Proposition 65 settlements.  The report reveals that private Proposition 65 bounty hunters collected nearly $17 million in civil penalties, payments in lieu of penalties and attorneys’ fees and costs from businesses during 2013.

Concurrently with the report, the Attorney General’s Office took the unusual step of releasing a letter directed to the Proposition 65 plaintiffs’ bar – a small group of attorneys and law firms who specialize in representing private enforcers.

The letter from the Attorney General’s Office letter characterizes the 2013 report as shining “a light on some of the aspects of private enforcement of Proposition 65 that result in unnecessary burdens for businesses and are cause for public concern.”

The letter expresses particular concern over Proposition 65 plaintiffs’ practice of collecting “Payments in Lieu of Penalties” (also known as PILPs).  PILPs are supposed to offset civil penalties in Proposition 65 cases, and are intended to fund activities that have some nexus to the basis for the Prop 65 enforcement action.  Proposition 65 bounty hunters have broadly interpreted such PILP-funded activities to include funding additional Proposition 65 litigation.  Unlike civil penalties, of which California’s Office of Environmental Health Hazard Assessment (OEHHA) is entitled to 75 percent, the state does not receive any portion of PILPs.  In 2013, 21% of the money collected in private settlements was paid as PILPs.

The Attorney General’s Office also criticized the enormous attorneys’ fees routinely collected by private enforcers as part of Proposition 65 settlements, and promised to “redouble” efforts to evaluate attorney’s fees awards.  In 2013, nearly 75 percent of all of the Proposition 65 settlement money, or an astonishing $12.5 million, went straight to the plaintiffs’ lawyers.  Attorney General Harris concluded, “Clearly, the high transaction costs for resolving Proposition 65 cases continue to be cause for concern.  They are the reasons we have been redoubling our efforts to evaluate attorney’s fees awards in the private party settlements submitted to us. . . .”

Conkle, Kremer & Engel attorneys are committed to guiding clients through the constantly changing landscape of Proposition 65 compliance and enforcement.