The California Attorney General’s Office recently released its annual report of Proposition 65 settlements.  The report confirms what most businesses are already painfully aware:  Proposition 65 continues to be a thriving business for private Proposition 65 plaintiffs and their lawyers, who make millions of dollars in the name of the “public interest.”

While private plaintiffs did not reap as much in 2013 as they did in 2012 ($20 million), they did manage to collect $17 million.  That represents the third largest haul for bounty hunters since 2000, when the Attorney General’s Office began collecting the data and publishing annual reports.net 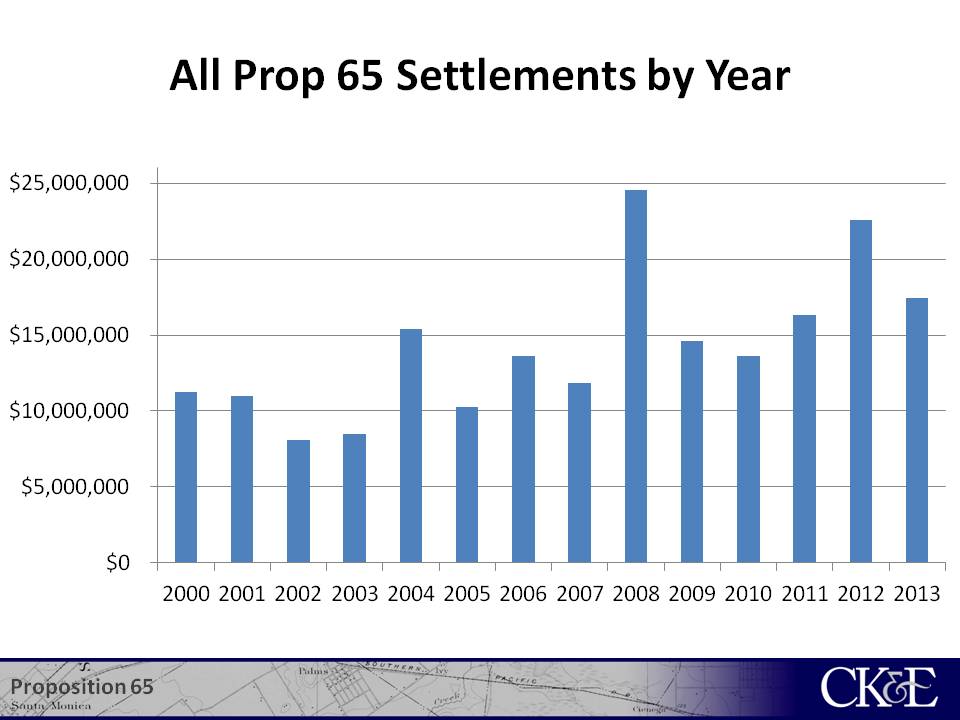 The summary reveals that in 2013 alone, private Proposition 65 plaintiffs acting in the “public interest” and their lawyers entered into a whopping 350 private settlements or consent judgments with businesses alleged to be in violation of Proposition 65, and collected $16,812,396.  In contrast, the Attorney General and local District Attorney each filed a single action.

Proposition 65 requires the State of California to publish a list of chemicals known to cause cancer, birth defects or other reproductive harm.  Businesses are required to warn consumers before exposing them to any one of more than 800 listed chemicals, by either labeling or posting a notice.  If a business does not comply, it can be liable for substantial civil penalties of up to $2,500 per day.

Proposition 65 has become a disturbingly lucrative operation for private enforcers, frequently called “bounty hunters,” who serve dozens if not hundreds of Notices of Violation on unsuspecting businesses.  These bounty hunters threaten to sue unless they are paid off in private settlements.  If a private settlement cannot be reached, they proceed with a lawsuit and try to force a settlement to avoid the cost of defense. 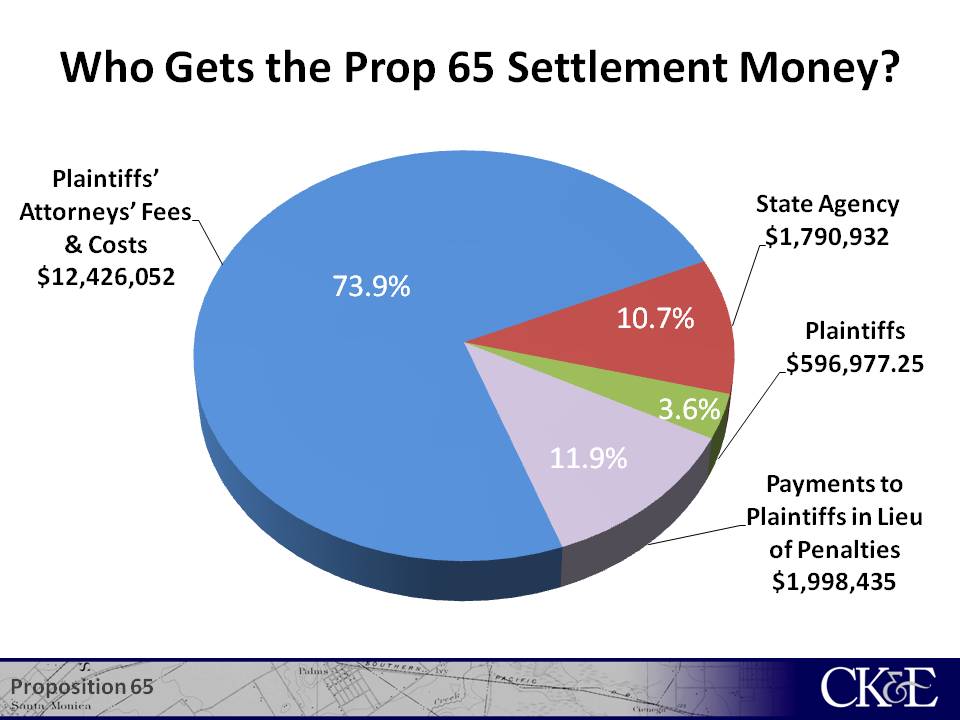 Proposition 65 allows private enforcers to keep 25 percent of all civil penalties collected, with the remaining 75 percent going to the California Office of Environmental Health Hazard Assessment (OEHHA).  In addition, private enforcers pocket 100% of so-called payments in lieu of penalties, or PILPs.  Whereas OEHHA would receive 75% of monies designated as civil penalties, OEHHA does not receive any portion of monies designated as PILPs.  Finally and most significantly, private enforcers’ lawyers are entitled to reasonable attorneys’ fees and costs under the State’s private attorney general doctrine.

The 2013 report shows that only one-tenth of all monies collected by private enforcers went to the State of California.  The rest of the money went to the bounty hunters and their lawyers:

The report also shows continued aggressive activity by a handful of Proposition 65 private enforcers.  At the top of the list are:

The Prop 65 outlook for businesses in 2014 does not look much better.  In particular, the June 2013 listing of cocamide DEA, a common ingredient in beauty and personal care products, such as liquid soaps and shampoos, has spawned dozens of lawsuits and hundreds of businesses have been named as defendants.  Numerous settlements have already been approved by the Alameda Superior Court this year, leading to speculation that the total settlements in 2014 will likely exceed the total settlements in 2013.