Conkle, Kremer & Engel attorneys Eric S. Engel and Zachary Page presented to beauty industry professionals on hot and developing legal issues in brand protection, grey market and product counterfeiting at the Personal Care Products Council’s November 20, 2019 Emerging Issues Conference. The Conference was held on the 10th Floor of the Marina del Rey Marriott, with a spectacular view over the nearby marina and beach.

Among the topics covered by Zach were issues of registering U.S. trademarks for CBD products, and other previously unregisterable brands. The 2019 U.S. Supreme Court decision in Fourth Estate Public Benefit Corp. v. Wall-Street.com put new importance on registering important copyrights well in advance of their need for infringement claims, and Zach discussed the close relationship with the Digital Millennium Copyright Act’s “DMCA Clock” to takedown infringing online publications. Trends toward false advertising claims based on “natural” and “organic” labeling were also discussed, as were the dramatic increase in medical claim class action and other lawsuits. Zach also briefed the gathered industry experts on the various issues that affect uses of models and others without adequate documentation of consent, which can raise serious right of publicity as well as copyright concerns.

Eric addressed grey market and counterfeiting case development, including the importance of creating “materially different” packaging for U.S. and foreign products. Simple and low-cost ways to help DHS/CBP protect brands against importation of foreign-labeled versions of their own products, as well as counterfeits, was outlined. Also outlined were cost-effective techniques such as recording trademarks online with CBP’s IPR e-Recordation system, Lever Rule Protection, providing CBP with effective Product Identification Training Guides (PITG), conducting IPR Webinars for CBP distribution, and posting e-Allegations online. On combating counterfeiting, Eric addressed Amazon.com specifically because it now accounts for more than half of U.S. online consumer sales, and more than half of Amazon’s online sales are on behalf of third parties in its “marketplace.” Amazon acknowledges no responsibility for sales in its marketplace, beyond closing seller accounts and refunding its customers’ money when they can show that they were sold counterfeit and defective products. Eric discussed the developments in Amazon’s selling and fulfillment practices and in the law of counterfeiting and products liability that suggest that Amazon’s currently-strong denials of responsibility for third party’s products and sales practices may be less compelling in coming years.

CK&E attorneys regularly give presentations to personal care product industry professionals to help them understand and proactively address the latest legal concerns that affect and can inhibit growth of their businesses.

Consumers are Exposed to Extreme Risks from Counterfeit Products

Some consumers may view offers of brand name goods from sellers not within the manufacturer’s regular distribution chain as just a way to “get a good deal.”  But those offers can result in purchasers receiving counterfeit products, which are no bargain and can expose unknowing consumers to some of the worst risks imaginable.

At the very least, counterfeit products are frauds – they are not from the manufacturer whose trademark appears on the product, so the consumer is cheated out of the quality that the brand represents.  But in reality, the consumer has absolutely no idea what the contents and construction of a counterfeit product may be – it is a product of unknown origin, regardless of whether the consumer purchased from a known reseller.  Because virtually any product a consumer can purchase can be counterfeited, consumers can be placed in great danger from unknowingly purchasing substandard products.  A couple of recent events in the news highlight the extreme risks of counterfeit products.

In April 2018, the Los Angeles Police Department announced that it had raided sellers of supposedly discount brand name cosmetics, and seized $700,000 of counterfeits.  Consumers had complained to the brand manufacturers that makeup products they purchased were causing rashes and bumps on their skin.  The products were determined to be counterfeits that tested positive for high levels of bacteria and animal waste.  This is undoubtedly because the counterfeits are not manufactured with any quality controls or regulatory oversight – they are the result of a black market, pirate operation.  LAPD Detective Rick Ishitani was quoted in the press as saying, “Those feces will just basically somehow get mixed into the product they’re manufacturing in their garage or in their bathroom — wherever they’re manufacturing this stuff.”  One of the brands asserted to be counterfeit was Kylie Cosmetics. Kylie Jenner’s sister, Kim Kardashian West, tweeted:  “Counterfeit Kylie lip kits seized in LAPD raid test positive for feces. SO GROSS! Never buy counterfeit products!”

The risks to consumers of counterfeits unfortunately do not stop even there.  An even more extreme case of product counterfeiting hit the press a few days later.  Tragically, famed rock artist Prince died in April 2016.  It was soon determined that he had died from an overdose of fentanyl, an extremely powerful and dangerous synthetic opioid.  But in April 2018, local prosecutors announced that Prince had consumed the fentanyl by taking tainted counterfeit Vicodin, a brand name medication of AbbVie, Inc.  There was no determination as to how Prince obtained the counterfeit Vicodin pharmaceuticals.  “In all likelihood, Prince had no idea he was taking a counterfeit pill that could kill him.  Others around Prince also likely did not know that the pills were counterfeit containing fentanyl,”  Carver County, Minnesota Attorney Mark Metz was quoted as saying at a news conference.

Some believe that counterfeits can be identified by the price alone, and warn against buying brand name products at steep discounts.  While an inexplicably low price is certainly a red flag of a potential counterfeit, in fact counterfeit products are often sold to consumers at prices very close to those of the brand name product.  This is often because many intermediaries have handled the product, taking a profit with each transaction, in the course of a murky gray market distribution process.

The popularity of online sales make the risks even worse for consumers, as it is nearly impossible for the consumer to inspect the product before purchase and delivery, and it is often very difficult for consumers to determine who is actually selling the product online.  For example, many popular online sellers act as marketplaces for innumerable third party sellers, and a purchaser cannot always determine which seller will actually deliver the product purchased.

If you are a consumer, you really need to exercise great caution when considering purchases of brand name products from sellers who are not in that manufacturer’s authorized distribution channels.  It generally matters little whether the seller is known to the consumer – it only matters where the seller obtained the product.

If you are a brand name manufacturer or trademark holder who suspects that unauthorized parallel market sellers may be offering counterfeit products, you are well advised to promptly contact counsel well-versed in the issues and methods of enforcement of your intellectual property rights.

Counterfeits Can Take the Joy Out of the Holidays

As the holiday shopping season reaches peak fervor and consumers seek out the best deals available on hot products, gift-givers are more at risk of purchasing counterfeit products of all kinds.  Recently, news articles have warned of counterfeit Fingerlings – the latest “it” toy – along with fake versions of popular electronics, clothing, personal care products, and many other types of goods.  Government bureaus like the U.S. Customs and Border Patrol regularly release holiday bulletins advising of the escalating volume of phony products entering the United States (for example, https://www.ice.gov/news/releases/buyer-beware-counterfeit-goods-and-holiday-shopping-season).  Counterfeits are far from harmless.  Not only are these counterfeit goods generally inferior to authentic products in both quality and safety, fake products are fraud, theft, and infringements of valuable trademarks and other intellectual property.  Sales of counterfeit products can even be criminal.

As a consumer, what can you do to help ensure you’re receiving the genuine article?  The most obvious method is to avoid unfamiliar sources and to buy directly from the manufacturer’s website or from an authorized retailer whenever possible.  If buying on websites like Amazon and eBay (where products are often actually sold by unrelated third parties), it helps to make sure that the seller of the product is the manufacturer or Amazon itself, not an unknown third party.  Often times, third party sellers do not have the ability or desire to properly perform checks on the goods they are selling, and in many cases the third party sellers never actually possess the products – when they receive your order they simply forward the product from a warehouse they have never even seen.  While outlets like Amazon and eBay have some anti-counterfeiting policies and procedures, experience has shown that not every fake product will be screened out.  Consumers should also check the price of the goods to ensure that it is not abnormally low, and examine the packaging and presentation of the product as depicted on the website to help determine whether the product might be fake or foreign-labeled goods.  Compare the look of the product offered with the same product on the manufacturer’s website – if it’s different, that’s a red flag.  Consumers should also not hesitate to contact the manufacturer if they suspect that they have received counterfeit or foreign-labeled goods – in addition to being the primary victims, consumers are often the first line of defense in the fight against counterfeiting.

As a manufacturer or trademark owner, what can you do when you discover your products being sold in an unauthorized channel, with risk of counterfeiting?  Conkle, Kremer & Engel has extensive experience helping manufacturers and distributors to investigate and, when necessary, litigate counterfeit and other trademark- and intellectual property-infringement claims.  CK&E attorneys are well-versed in the careful initial steps that should promptly be taken when sales of illicit products are suspected.  If the seller is cooperative, litigation can often be avoided.  But if the seller is not, that is a strong indicator that the seller has been selling, and will continue to sell, infringing products unless stopped through litigation.  Whatever you choose to do, consult experienced counsel and decide on your course of action promptly – unreasonable delays can seriously harm your ability to protect your rights. 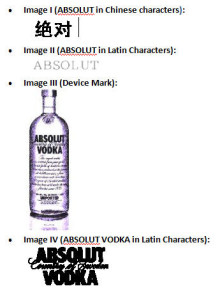