Conkle, Kremer & Engel attorney H. Kim Sim was on the featured panel of this year’s Legal & Regulatory Conference sponsored by the Personal Care Product Council.  The featured panel, called “California: The Wild, Wild West,” explored the changes and challenges of the new business landscape in California, which boasts an economy that would place it sixth among the world’s nations.  The panel discussion was held on May 10, 2017 at Hilton La Jolla Torrey Pines in San Diego, California.   John Conkle, the CK&E attorney originally scheduled to speak on this panel, was unable to appear due to a federal court trial conflict. 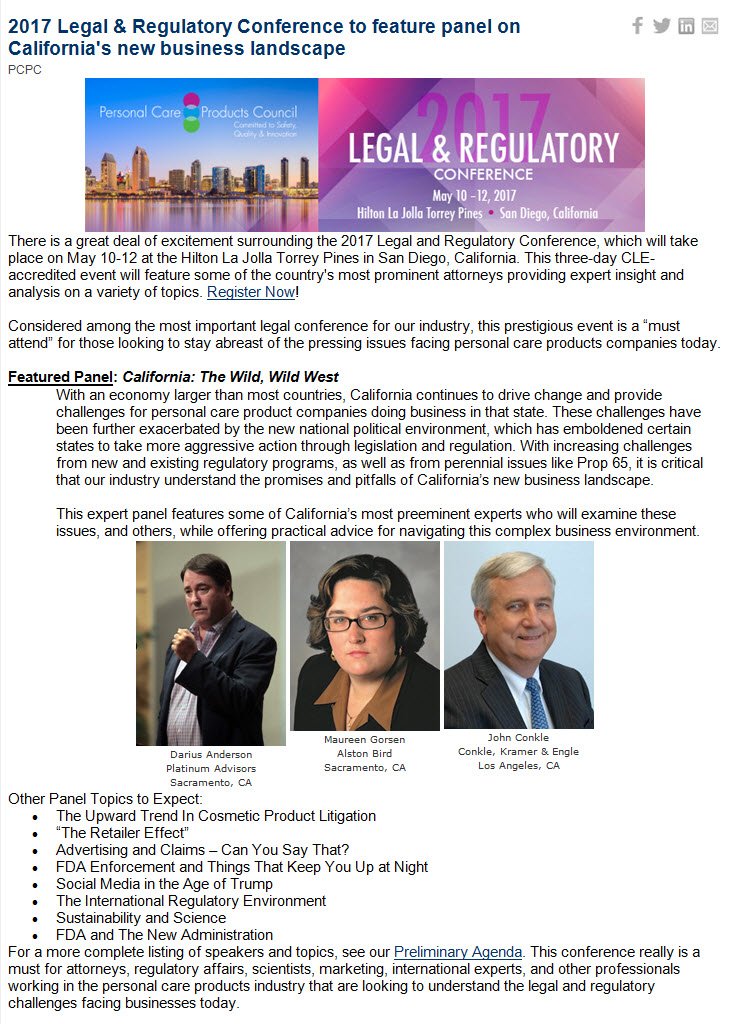